Lenovo’s Moto G series needs to no introduction. Success of Moto G is nearly on everyone’s tongue in India. Before the Moto G4, Amazon.in went in for sale of Moto G4 Plus. This turned out to be a huge success. The success story can be judged by ratings on this page.

However, we are here to talk about recently available Moto G4. A phone a little less than Plus but nowhere less powerful.

Moto G4 i.e. 4th Generation, comes with 13 MP Primary camera with 2.0 aperture and Dual LED to balance the whiteness vs color. Professional modes are provided as in Moto G4 Plus. It surely doesn’t compete with Moto G4 Plus 16 MP Laser focused camera but the quality of snaps taken from Moto G has always been amazing. 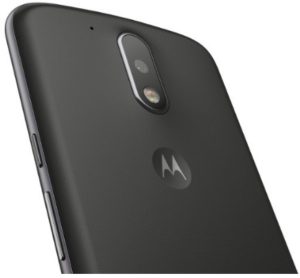 Secondary camera or say selfie camera is 5 MP with 84 degree wide angle. This will surely prove a better companion for selfie crazy people.

Android Pure OS has always been strength of Moto Gs. They never modifies or customizes the original stock operating system to give users an unique experience due to clutter free and garbage apps free environment. This holds the same for Moto G4. Coming with Android 6.0.1 Marshmallow and guaranteed updates; you can always be sure that you have all patches and security with optimized environment in place.

2 GB RAM and optimized hardware with Android 6.0.1 does the play here. Performance is in par with same segment phones. However, many people will not like the provided RAM at the price tag of INR 12,4999. Readers and users may also find options like Honor 5c very attractive at lesser price tag which comes with Fingerprint sensors.

The processor is Octa Core, as it is becoming standard nowadays. It has 1.5GHz Qualcomm Snapdragon 617 MSM8952 processor, with Adreno 405 running at speed of 550 MHz GPU.

With a large 5.5 inch (13.97 cm) Full HD TFT screen protected with Corning Gorilla Glass 3 the view is breathtaking. I remember my first Moto G. People used to look at it like its with some Radiance in screen. Captivating!

The screen resolution is with 1920 x 1080 pixels with capacitive touchscreen and a boasting 401 ppi pixel density. If you are a screen clarity lover then always look at higher PPI than size of the screen.

Phone is built with an advanced nano-coating technology which creates a water repellent barrier. This helps against moderate exposure to water spills, splashes, or light rain. Also, scratch resistant Gorilla Glass 3 is a boon for careless handlers.

Moto G4 wins here in comparison to many other phones. 3000 mAh battery with TURBOPOWER charging is a huge plus. As per claims, it can be charged for 15 minutes to be used for 6 hours. That is some claim. Oh, yes! It comes with a TurboCharger. That is one of the reason, why price is higher than other mobiles in same range.

Wifi and Bluetooth Low Energy 4.0 comes as standard. With Dual SIM support which are Micro+Micro it supports Dual-standby (4G+3G).

How one cannot recommend Moto G4? This mobile has history of being a contender and robust device at the price tag which is bearable by most of the consumers in India. I still use my 1st Gen Moto G and it always come to life by a small click, even after 2 years of rough use. I also has a 3rd Gen in House and so, I know that the build quality is something which you can’t get in other phones. Drop your device 4-5 times, drown it and it still responds. Amazing!

Find out more about Moto G4
Checkout other amazing Mobile Offers at Amazon
https://best5phones.com/phones-under-15000/moto-g4-high-end-budget-friendly-phone-amazon/2016-06-26T20:36:09+05:30Best PhonesExclusivesPhones Under 15000amazon exclusives,mobile reviews,mobiles under 15000,Moto GLenovo's Moto G series needs to no introduction. Success of Moto G is nearly on everyone's tongue in India. Before the Moto G4, Amazon.in went in for sale of Moto G4 Plus. This turned out to be a huge success. The success story can be judged by ratings on this page. However,...Best Phones offer@best5phones.comAdministratorBest Five Phones 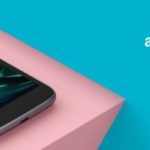 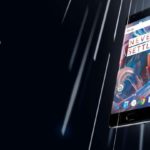